A powerful yet easy-to-use weather tracker right on your device. 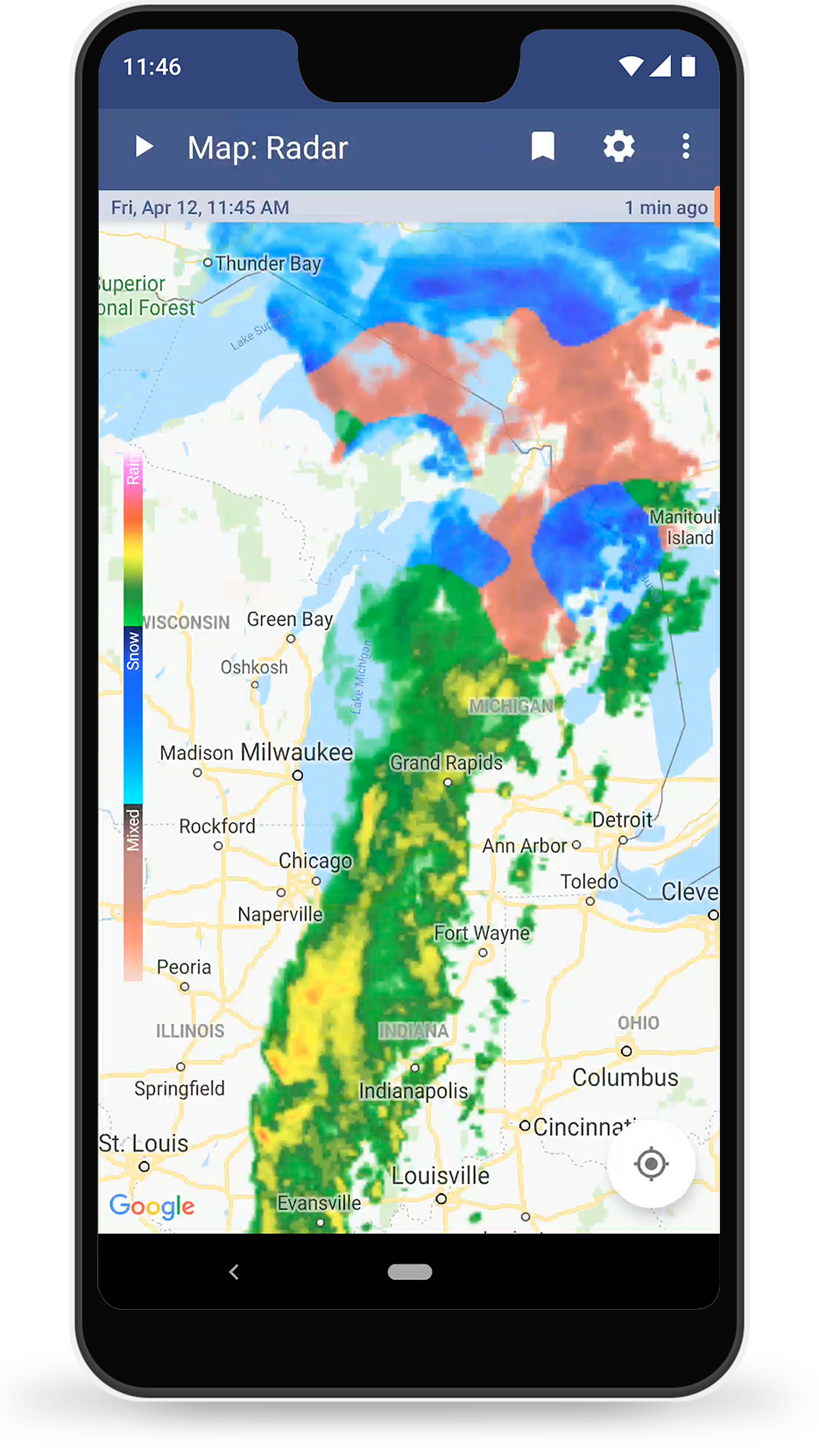 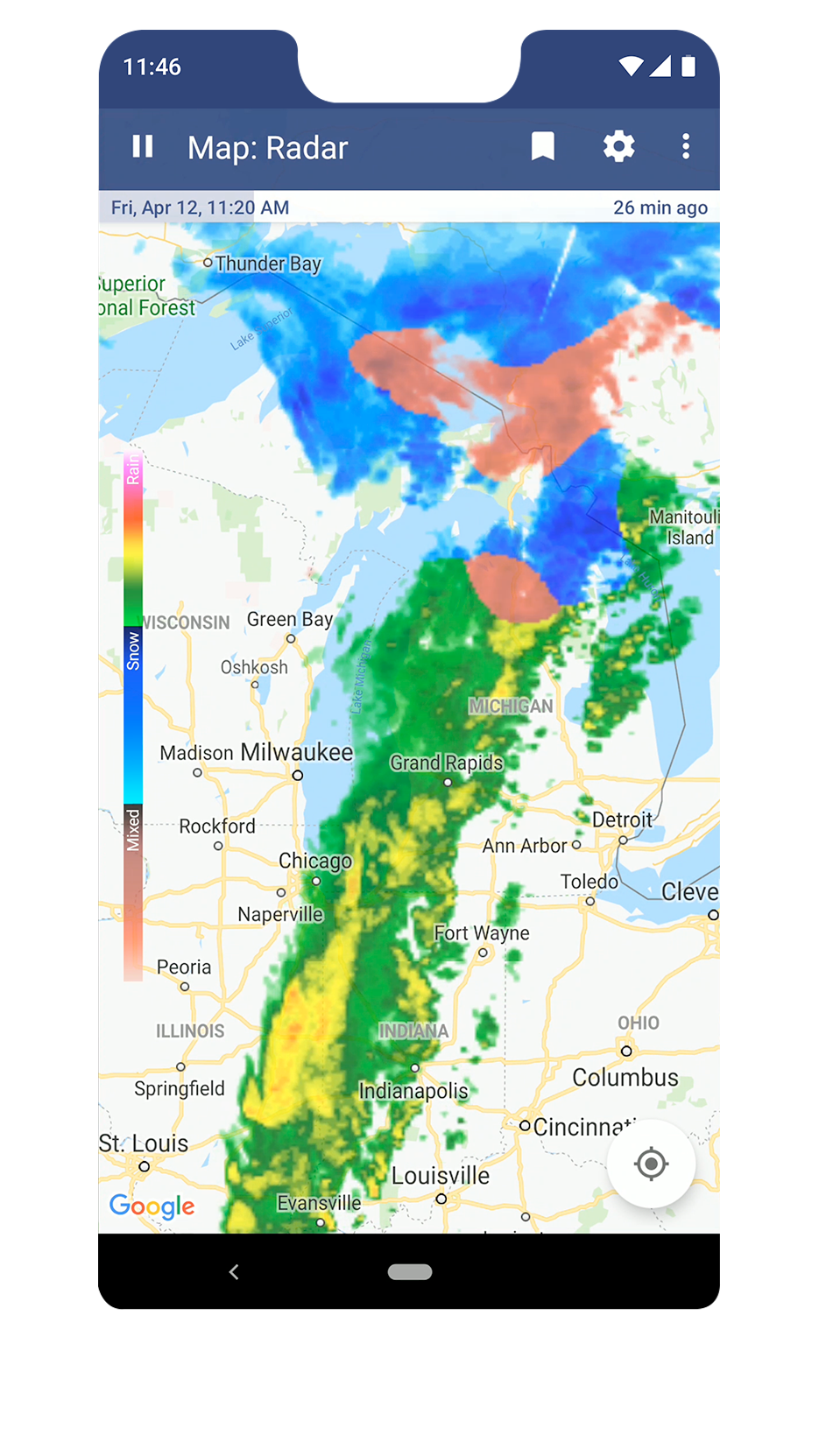 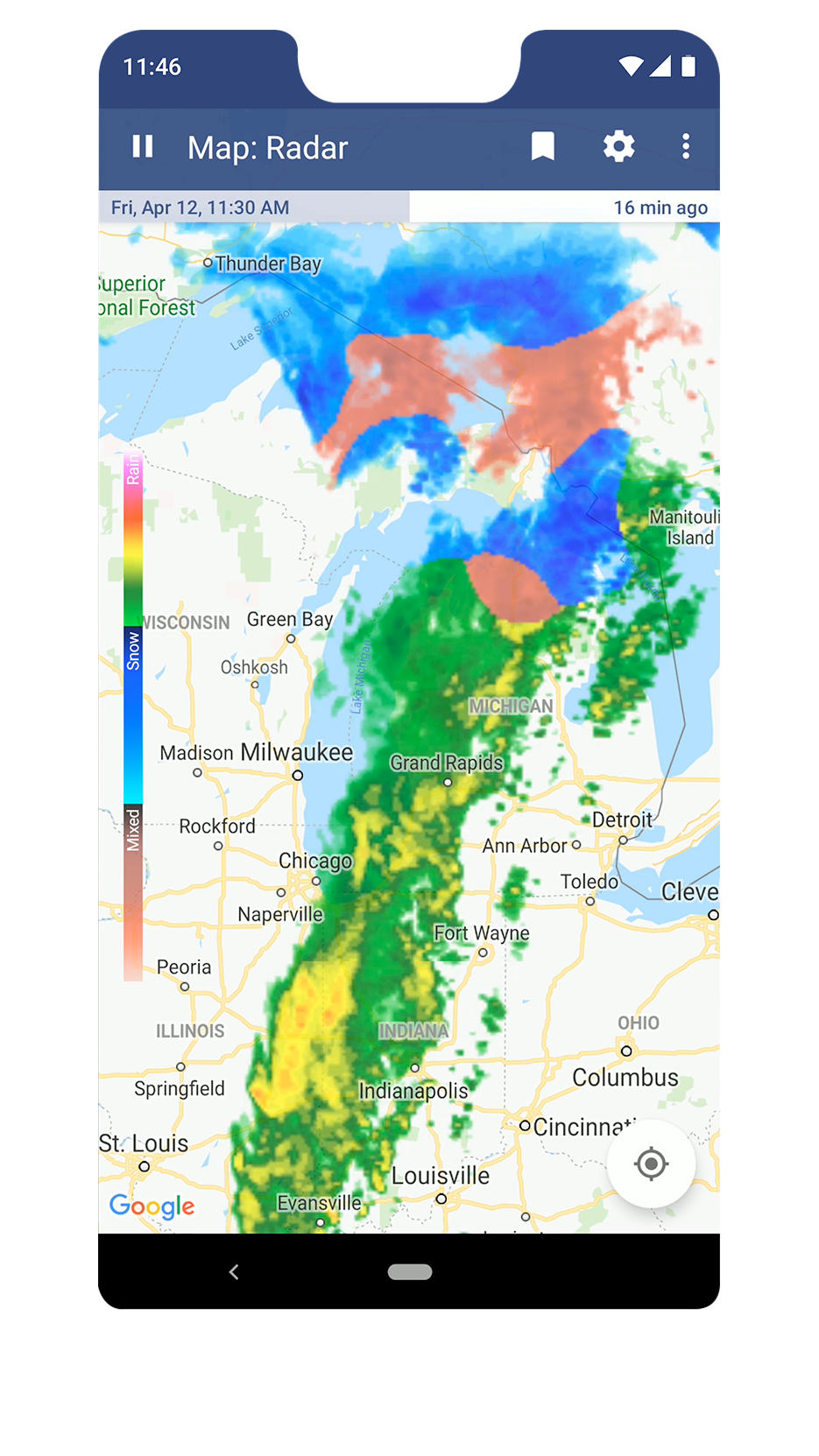 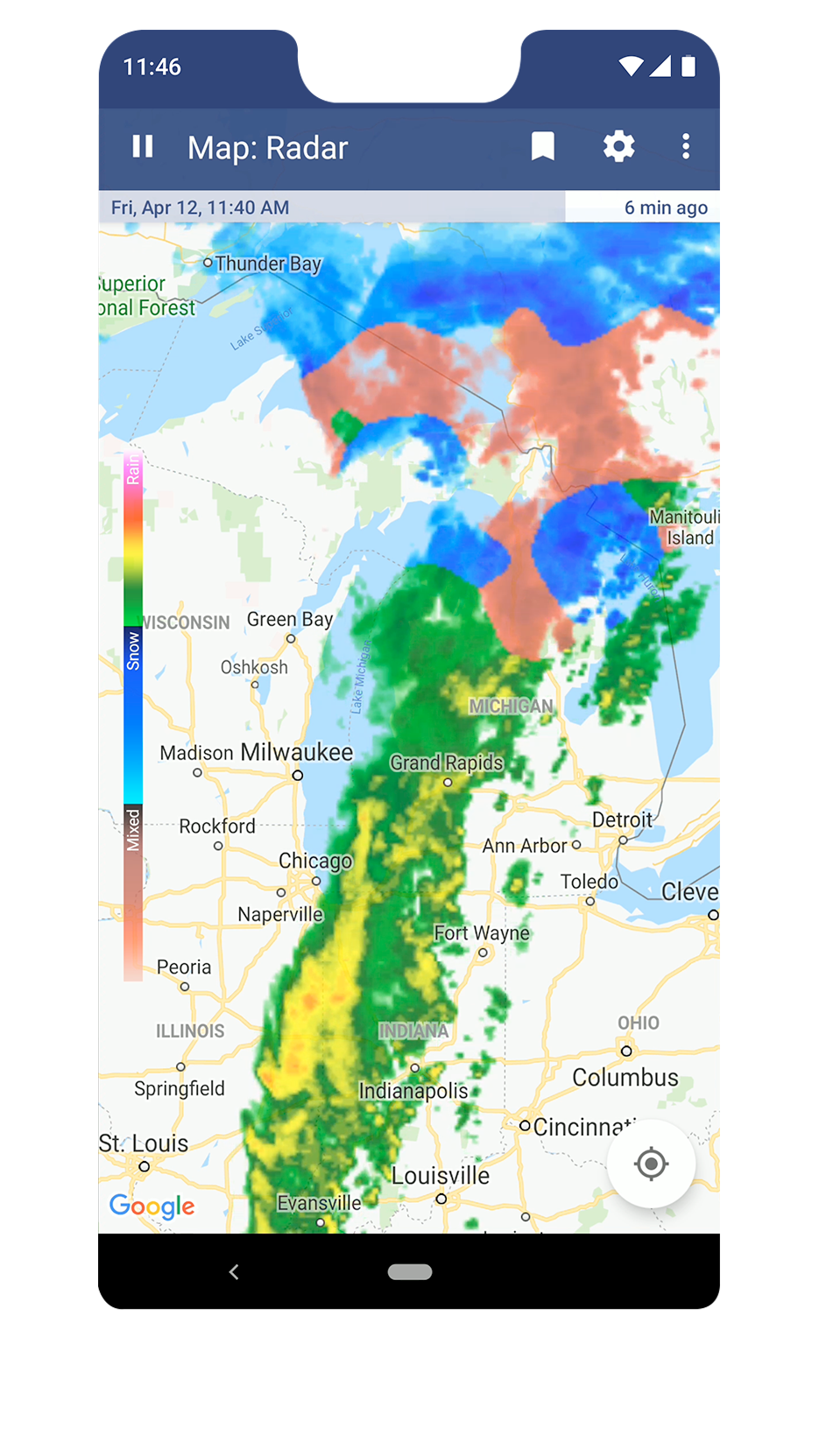 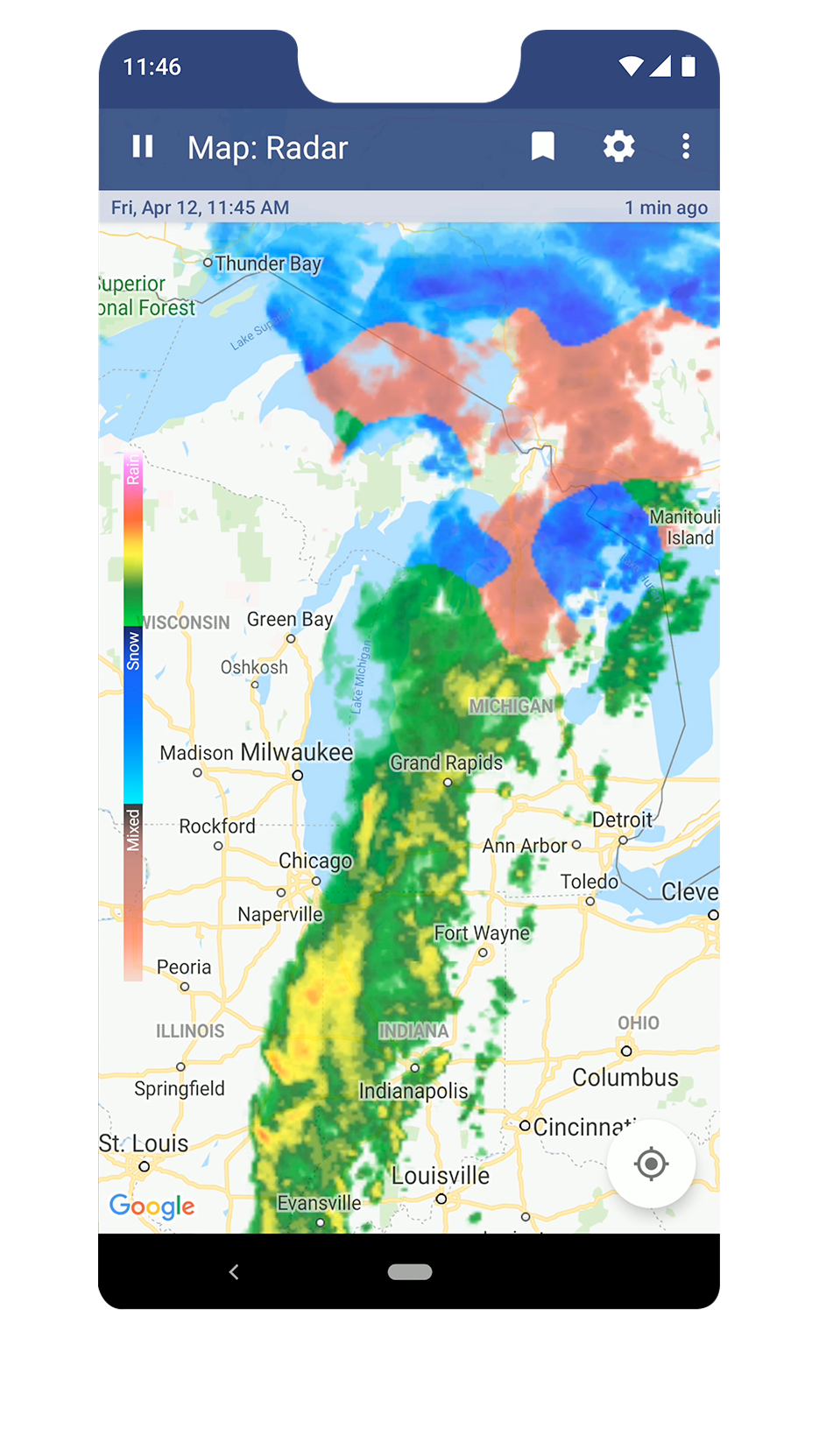 Core Functionality:
Radar, Satellite and Precipitation Forecast overlays show the areas of rain, snow, mixed precipitation, and cloud cover.
World Weather Map - local temperature throughout the world in the form of weather icons on the map.
Push notifications - get warned whenever there's a weather alert for your saved location.
Weather alerts. Access detailed alert information by tapping on the ticker bar.
Important National Weather Service watches, warnings, and other alerts in the form of interactive polygons.
Features

Easy location search. Search by name, or just long tap any spot on the map to get detailed weather for it

Bookmarks. Quickly switch between your favorite spots to see the weather there

Chance of Precipitation parameter will give you a heads-up about the upcoming rain, hail, sleet or snow
Premium 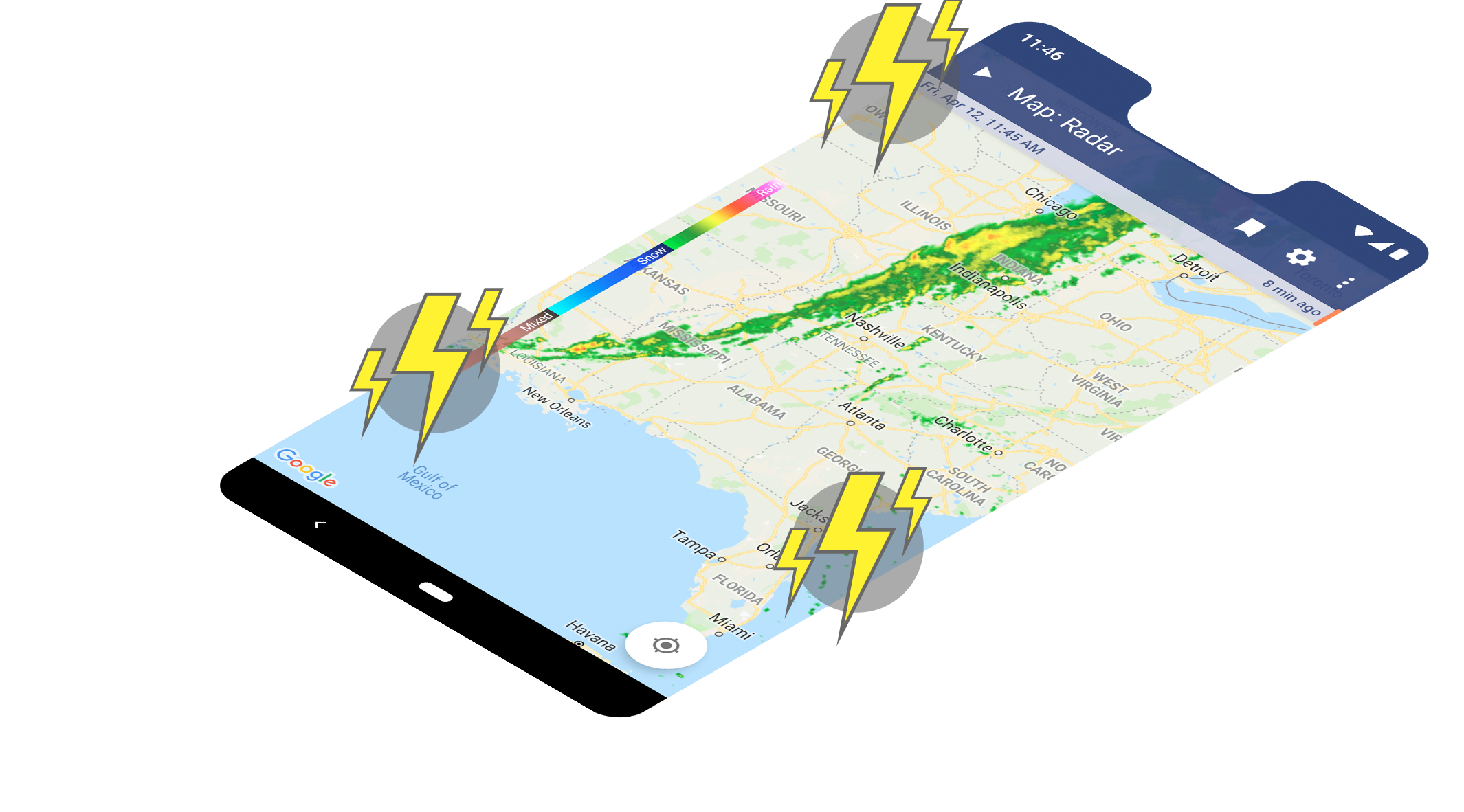